Sailing with Team Hooligan on Hooligan VI in the role of tactician, the training had multiple aims. The primary ones were blowing off the cobwebs, sorting out some small jobs and work on the upwind speed and angles. The second boat present was the Swiss team on Vanitas Cube and we shared the use of a coach following both teams on a RIB.

Although I have sailed with many of the crew on board as well as with the boat it was my first time with owner and helmsman Ed Broadway. A special thanks from this point to him for organising the extended weekend.

Sailing wise, I felt the boat was in pretty good condition and during a couple of practice starts and a short beat we beat Vanitas a clear 7-2 to the top mark. Straight line speed has improved significantly and a better understanding of the boat, rig and sails should provide the team with a competitive starting point and the ability to switch between a pointing and speed mode upwind.

Due to other commitments I will only join the team for half of the European circuit this summer but results will be improved over the previous season and I look forward with confidence to mixing with the rest of the fleet in Porto Cervo and Cagliari.

Personally I will be focussing on my bachelor-project and paper before going to Palma next week to race in the first European TP52-class event of the year at the Hublot Palma Vela on Weapon of Choice.

(some shots from on board, yes it is a bigger Mumm30 or smaller Farr45:) 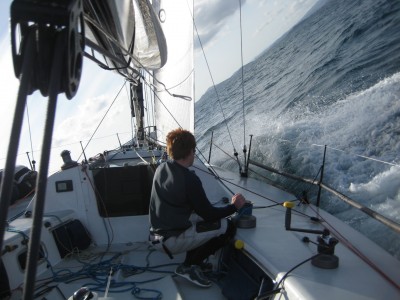 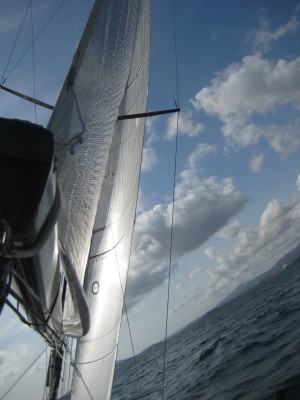